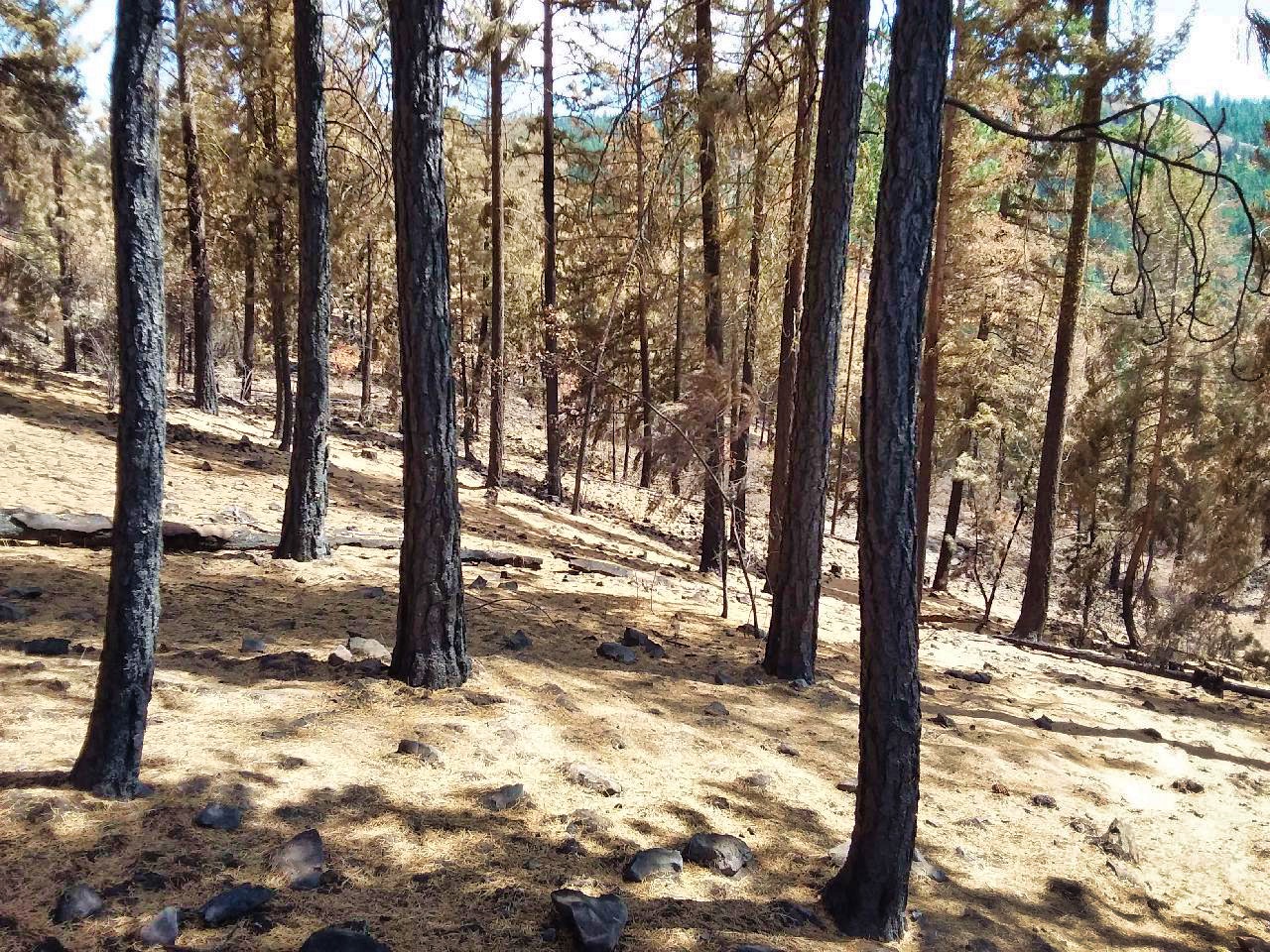 Soil Burn Severity (SBS) refers to effects of fire on soil characteristics. These include the depth of char (a downward heat pulse into the soil), loss of organic matter through consumption of duff, litter, and fine roots, altered surface color, damage to soil structure, and reduced infiltration. Burn severity can vary across the fire area depending on topography, weather conditions, fuel types, and rate of fire spread. When organic materials on the ground and within the soil structure burn hot and slow, they form a layer on the surface and within the soil, reducing the ability of water to move downward into the soil and resulting in an increase in surface runoff.

Low severity – These zones where subjected to predominantly an understory burn that consumed approximately 10-30% surface vegetative ground cover. Black charring of litter intermixed with grey ash is present. Hydrophobicity is generally absent but there are areas that are extremely dry that experienced weak hydrophobicity.

Moderate severity – Tree canopy cover of 50-80% usually has been consumed. The majority of the ground cover has been consumed with approximately 30 – 15% vegetative ground cover being retained. Grey ash is predominantly present, larger diameter organic matter material of .25-.5 inches is consumed, and soils are strongly hydrophobic. This indicates that high levels of heat were introduced to the soil. These sites are expected to be a source of ash, infiltrations rates will decline, runoff will increase, and soil loss will be accelerated.

High severity – Usually all tree canopy cover has been consumed of 90% or greater. Ground cover has been fully consumed with approximately 5-10% coarse woody debris material remaining. Finer organic material and woody material .5-1 inch has been fully consumed, ash is deep and generally grey, and soils are strongly hydrophobic. Infiltration will be reduced drastically and accelerated soil loss is predicted to occur. High levels of ash will be immobilized from these sites.

The maps help identify potential immediate threats to public health and safety, property, and cultural and natural resources. The BAER team has made funding requests for the Okanogan-Wenatchee National Forest for emergency treatments and risk-reduction measures.

These SBS maps will be released to the USGS for their independent post-fire debris flow modeling product, the results for each fire will be posted at this site: